Statutory rape is a serious offence involving sex with children or teenagers. You’ve probably heard of it before, though the law does not really refer to the crime as “statutory rape” in practice. This is because the laws around sexual activity with children involve more than just sexual intercourse. The laws concerning statutory rape can be confusing and differ wildly from jurisdiction to jurisdiction. This article will set out the law on statutory rape in England and Wales, giving helpful examples, as well as explaining the sentences for committing the crime and defences that can be raised. By understanding the basic laws regarding statutory rape, you can better understand the position you find yourself in and seek the appropriate help from a statutory rape solicitor if you need it.

What is classed as statutory rape?

Statutory rape is a form of rape. Rape is when a person has sex with another person without their consent, whether through force or not. That said, in the case of statutory rape, rape is considered to have occurred even if the alleged victim consented to sex with the alleged perpetrator, but the victim was of a certain age.

There are three types of statutory rape in England:

Rape of a child under the age of 13

Rape of a child under the age of 13 is defined as when as person “intentionally penetrates the vagina, anus or mouth of another person with his penis” and “the other person is under 13”. It doesn’t matter if the child consented to sex. Children under 13 cannot consent in terms of the law, even if they can say they consent to an activity in fact. This is an important distinction: even if a child says they consent to something, that consent is not recognised by the law as valid consent. The same thinking applies to contract: a child under a certain age cannot enter into a valid agreement with an adult, as they are considered as unable to appreciate the consequences of their actions. This is why any sexual activity with a child under 13 is always considered statutory rape or sexual assault, as the case may be. Assault by penetration of a child under 13 occurs when a person intentionally penetrates the vagina or anus of that child with another body part or any other object. Sexual assault of a child under 13 occurs when an adult touches a child in a sexual way.

Offences relating to children under 18

The age of consent to sex in England is 16. There are circumstances though where it is an offence for an adult to have sex or carry out sexual activity with a person older than 16 but under 18. This is when the adult holds a position of trust in relation to the child. It does not matter if the child consented to the activity, as long as there is an abuse of the position that the adult holds in relation to the child.

Examples of statutory rape and sexual assault or activity

What is the maximum sentence for statutory rape?

Both statutory rape and assault by penetration of a child under 13 are indictable offences (meaning they can be tried by jury) and carry a maximum sentence of life imprisonment. Sexual assault of a child under 13 is punishable by up to 14 years in prison.

Sexual activity with a child under 16 is indictable if there is penetration involved, with a maximum prison sentence of 14 years. In other cases, the maximum sentence is 6 months, a fine, or both.

The abuse of a position of trust offence has a maximum sentence of 5 years.

What types of evidence are used in statutory rape cases?

There are two things that need to be proved:

Once the above two elements are proven, the offence has been committed unless an applicable defence succeeds, which is discussed in the next section.

What are the applicable statutory rape defences?

It would be, and is always with any crime comprising of multiple elements, a defence to prove that one or both of the elements of the offence are not present. In other words, to prove that the alleged victim is “of age” or that sex or sexual activity did not occur. There are, however, further defences even if the two elements are proven.

Ultimately, it is up to the jury to decide whether there was a reasonable belief. In this regard, they will have to consider the circumstances in which the alleged offence took place. And to this end, the jury will consider whether the alleged perpetrator did believe the child was older than 16 and then whether the belief was reasonable.

Intoxication or drunkenness is not a defence to the above offences.

In some circumstances, you may be able to rely on a ‘general defence’, including:

Exactly how these defences apply to statutory rape is complex and sometimes not all these defences will be available. A criminal defence solicitor will be able to advise you based on the specifics of your case.

What happens if a defence to statutory rape is successful?

If the elements of the offence are not proven, the court will hold that you have not committed the offence, and you will go free. In the event of a reasonable belief that the child was over 16, where this applies, the offence will not be proven, and you will be acquitted of the charges.

Where to find help with statutory rape charges

If you or someone that you care about has been charged with statutory rape, Stuart Miller Solicitors are here to help. Our specialist team of criminal defence lawyers will provide you with expert advice and guidance, tailored to your case. For serious offences such as statutory rape, instructing the right lawyer can make a huge difference to the outcome of your case. To arrange a friendly no-obligation consultation, get in touch today. 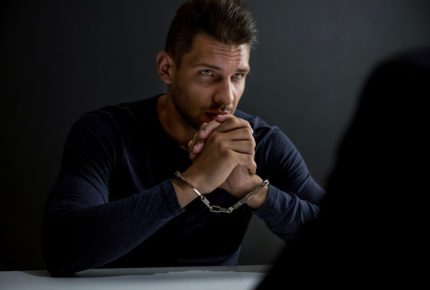