Have you been charged with marital rape? If so, as well as dealing with the breakdown of your relationship, you may be feeling daunted by your impending court case. You probably know that marital rape is a serious offence, and perhaps you are wondering how long your prison sentence might be if you are convicted. Offences that occur within intimate relationships are complex and there are two sides to every story. No doubt, you are anxious to make sure that the court hears your version of events. You may also be trying to figure out whether there is a valid defence that you can rely upon. This article provides an overview of the offence of marital rape. It considers the kind of evidence that is used in marital rape cases, as well as the sentencing guidelines for marital rape. Finally, it looks at the defences that you may be able to rely upon.

An overview of the offence of marital rape

Marital rape is where a man has non-consensual sexual intercourse with his spouse, without having a reasonable belief that they consented. The victim can be of either gender. Marital rape can only be committed by a person with a penis, whether born a male or physiologically male after gender reassignment.

The offence of rape is set out at Section 1 of the Sexual Offences Act 2003.

A person commits marital rape if:

Whether the defendant’s belief is reasonable is to be determined having regard to all the circumstances, including any steps he has taken to ascertain whether his spouse consents.

Marital rape has been a criminal offence in the UK since 1991. Prior to this, the legal position was that a man cannot be guilty of raping his wife because it was believed that the act of marriage gave the wife’s irrevocable sexual consent to the husband. A court case in 1991 overturned this presumption, with a judge stating that ‘we take the view that the time has now arrived when the law should declare that a rapist remains a rapist subject to the criminal law, irrespective of his relationship with his victim.’ That said, and in spite of this change to the law, a recent survey suggested that 25% of Britons do not regard non-consensual sex within marriage as rape.

What kind of evidence is used in marital rape cases?

Obtaining the evidence of what took place can be challenging for the prosecution, as marital rape cases often occur within the privacy of the home. Often the only two people present are the victim and alleged perpetrator. Forensic evidence, such as DNA swabs from the mouth, vagina, or anus can be used to prove that penetration took place. In some cases, medical documentation of bruising or other injuries can also be used as evidence. However, these types of evidence are usually only available if the victim attends the police station or a medical facility shortly after the incident took place.

This means that if the victim alleges that other types of domestic violence were also present within the relationship, around the time of the incident, this information is likely to be used by the prosecution. The prosecution may also gather evidence from friends and neighbours who have witnessed abusive behaviour by the defendant.

The law also assumes that the victim did not consent if they were unlawfully detained, asleep or unconscious, drugged, or given a substance that stupefied or over-powered them. In addition, if there may be a presumption of no consent if, because of a physical disability, the victim would not have been able to communicate consent. In the case of a spousal relationship, the court would look at how consent was normally communicated by the spouse.

What is the maximum sentence for marital rape cases?

According to Section 1 of the Sexual Offences Act 2003, the maximum sentence for rape is life imprisonment. The sentence range is between 4 years and 15 years in custody. Where a life sentence is given, after release from prison, the defendant will spend the remainder of their life on licence.

The court will assess the sentence that the defendant should be given by looking at the harm caused to the victim and the defendant’s culpability (blameworthiness) for what took place. Factors that increase the severity of harm include severe psychological or physical harm, the use of violence, and forced entry into the home. Factors that increase culpability include premeditation, abuse of trust, and filming the offence. More details can be found here. In addition, where the defendant has previously committed a serious violence related or sexual offence, according to Section 224A and Section 226 Criminal Justice Act 2003, the court should consider whether to give them a life sentence.

What are the applicable marital rape defences?

Penetration did not take place

The most common defences centre around consent.  It will be a valid defence if you can show that your spouse consented to the activity, or that you had a reasonable belief that they consented. The jury will be asked to decide:

When looking at whether your belief that your spouse consented to the sexual activity is reasonable, the court will look at all the circumstances including the norms within your relationship and any steps that you took to check if the victim consented. This could include asking them directly or indirectly, as well as physical actions, and body language.

A ‘general defence’ to relates to the defendant at the time of the offence, rather than the crime. There are several general defences that could apply to marital rape.

Duress: This is where you were forced or pressurised by a person to commit an offence. The court will consider whether you reasonably feared death or serious injury if you did not commit the act, and whether a reasonable person in your situation would have shared those fears and responded in the same way.

Necessity: Similar to duress, this is where you were required by a set of circumstances to commit the offence. You would have to show that you believed that there would be very serious consequences for you or someone else if you did not commit the act.

A successful defence may lead to you being acquitted or convicted of a lesser charge, such as sexual assault, or digital penetration. Generally, these attract lower sentences. Defences are a complex area of law so it is always best to seek advice from a criminal defence solicitor on the specific facts of your case.

How can I get help with marital rape offences?

If have been charged with marital rape, do not delay in seeking legal representation. The team at Stuart Miller Solicitors is here to provide you with robust and non-judgmental advice. Our experienced team will advise you on your options and help you to make well-informed decisions on your case. Contact us today for a friendly no obligation consultation. 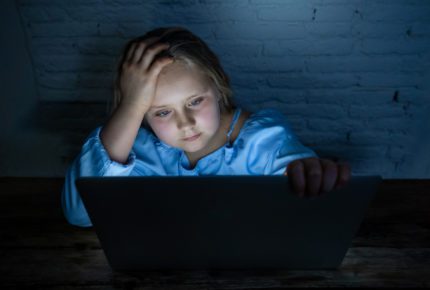 Can you go to jail for talking to a minor online in the UK?