If you have ever been involved with the justice system, whether as a defendant or a witness, you have probably heard of the term perjury. You probably also know that the consequences, if you are found to have intentionally misled the court, can be severe. However, the finer details of what constitutes perjury and when it will be prosecuted are a little less clear and well known. This article aims to clear up any confusion. The first section unpacks the offence of perjury in England and Wales. It explains the legal elements of the offence and provides some examples. The second section of the article looks at the sentence that you could face if you are convicted of perjury.

What is perjury in England and Wales?

The offence of perjury is contained the Perjury Act 1911. The wording of Section 1 of the Act states that perjury is:

‘if any person lawfully sworn as a witness or as an interpreter in a judicial proceeding willfully makes a statement material in that proceeding, which he knows to be false or does not believe to be true.’

To break this down, perjury is:

To achieve a conviction for perjury, the prosecution cannot rely solely on the evidence of one other witness – i.e. a prosecution will not succeed if it’s one person’s word against another’s. Section 13 of the Perjury Act highlights the need for corroboration. This could include witness evidence combined with documentary evidence or the evidence of multiple witnesses.

The Perjury Act 1911 also sets out other offences relating to making a false statement. These include:

Is perjury a criminal offence in England and Wales?

Perjury is a serious criminal offence in England and Wales, but not every lie to the court will result in a prosecution taking place. The Crown Prosecution Service (CPS) will consider whether it is in the public interest to bring a prosecution.

Perjury by a defendant

If a defendant has been convicted in spite of his or her perjured evidence, the CPS must consider whether bringing a prosecution for perjury is likely to result in a substantial increase in his or her sentence.

The CPS is likely to adopt a cautious approach because if the defendant is acquitted for perjury, this may be taken to undermine the safety of their conviction for the index offence. This could, for example, be used by the defendant to appeal their original conviction. It is unlikely that a defendant would be prosecuted for perjury where they had lied on the spur of the moment whilst under the pressure of cross-examination. The CPS will look for evidence of pre-meditation i.e. has the defendant constructed a false version of events ahead of time? Therefore, where the defendant has been convicted, it is only in exceptional cases that an additional charge of perjury will be be brought.

Where the defendant has been acquitted and the perjury was material to the acquittal, this is a situation where the CPS might seek to prosecute for perjury. However, the CPS’ policy, following case precedent, is that the perjury prosecution must not give the impression that the CPS is seeking to ‘go behind’ the earlier acquittal.

Perjury by a defence witness

The CPS will not usually prosecute a defence witness if the defendant was convicted, unless:

Where the defendant has been acquitted, it would usually be difficult for the prosecution to meet the evidential burden of prosecuting a defence witness. However, in some circumstances, a prosecution could take place if there is clear evidence of collusion and the prosecution is felt to be in the public interest.

Perjury by a prosecution witness

If a prosecution witness has lied to the court and this untruth has resulted in a conviction, it is likely that they will be prosecuted for perjury. However, if the lie is immaterial to whether the conviction occurred, and was made to protect the witnesses own interests, the CPS is unlikely to prosecute. The decision of whether to prosecute is a strategic matter for the CPS. More information on the CPS’ policies on prosecuting perjury can be found here. If you are concerned as to whether you may be prosecuted for perjury, seek the advice of a criminal defence solicitor.

What are some examples of perjury?

Here are some examples of conduct that would be considered to be perjury:

Note that even where perjury has taken place, this will not always result in a prosecution. As outlined above, the CPS take a calculated approach in respect of when it is in the public interest to prosecute perjury offences.

What is the penalty for perjury in the UK?

Perjury is an indictable only offence, which means that it must be heard in the Crown Court. It carries a maximum penalty of seven years’ imprisonment. It can also be punishable by a fine.

Perjury is an offence that is taken very seriously by the court, even if the case in which it occurs concerns a relatively minor issue or offence. This is because perjury is perceived to undermine the administration of justice.

If you have been charged with perjury, seek the advice of an experienced criminal defence solicitor without delay. At Stuart Miller Solicitors, our team has many years of experience defending clients in cases ranging from straightforward summary offences to trials spanning weeks at the Crown Court. Contact us for a no obligation consultation today.

What is Perverting the Course of Justice? 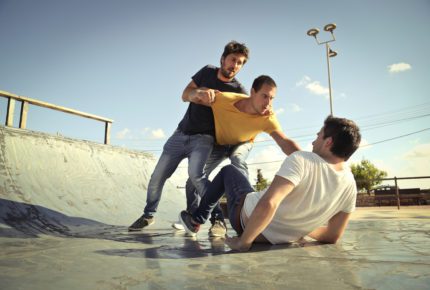 How long do you have to report an assault in England and Wales?