What is a Suspended Sentence?

What does a suspended sentence mean?

A suspended sentence is a custodial sentence given by the court that is then ‘suspended’ or ‘delayed’ for a certain period of time. This means that the person convicted does not need to attend prison straightaway, but that during the period of their suspension (which can be anywhere from 14 days to 2 years) they will be subject to conditions which, if breached, will mean that they are taken to prison to serve the remainder of their sentence. Suspended sentences may be accompanied by fine.

If you are given a suspended sentence, the court may impose a series of conditions and requirements that you must comply with throughout the period of suspension. These include requirements to:

Is a suspended sentence a type of criminal conviction?

Yes, a suspended sentence is a type of criminal conviction. Even though you may not be required to go to prison to serve the sentence (at least at the outset, assuming you do not breach the conditions of the suspension), the conviction is treated in many ways just as seriously as a custodial sentence.

A suspended sentence will appear on the Police National Computer (PNC) and it will stay there indefinitely, which means that it may show up on criminal disclosure checks and it may be used in future criminal proceedings against you.

When does a suspended sentence become spent?

A suspended sentence becomes ‘spent’ (in other words, ‘ignored’) after a certain period of time. The time period varies and is defined by the length of what would have been the original custodial sentence, not by the amount of time for which the suspended sentence was given. If the original custodial sentence was for four years, or if the sentence was issued for public protection, then the sentence is never spent. For anything less than or equal to 4 years, the spent times are:

How long does a suspended sentence stay on your record?

As mentioned, a suspended sentence stays on the PNC indefinitely. This means that details of your suspended sentence (including why it was given in the first place) could be brought up if you are called before the criminal justice system again in future.

That being said, it will not always stay on the copy of your record that is shared with others in the community, for example education establishments and employers. When, say, an employer applies for a Disclosure and Barring Service (DBS) check, they choose which level of disclosure is required. There are three options: basic, standard, and enhanced. Each level shows suspended sentences differently, with the basic disclosure showing only spent convictions, and the standard and enhanced disclosures showing sentences even after they are spent.

What happens if you breach a suspended sentence order?

If you breach a suspended sentence order, the likelihood is that you will be arrested and taken to prison to serve the rest of your sentence. Breach is usually found to have occurred where an offender violates the conditions of his or her suspension, or where a new offence is committed (which in and of itself is a violation of the conditions of the suspended sentence).

In most cases, the Crown Court deals with breaches of suspended sentences. This is the case even if the sentence was originally passed at the magistrate’s court.

What happens if you miss community service (unpaid work requirement) in the UK?

While there have been many stories in the news over the years about people ‘getting away’ with not attending their community service (‘unpaid work requirement’), the general rule is that missing community service will mean that you may be taken back to court to face a custodial sentence.

This is because you not attending your unpaid work requirement is considered a breach of your suspended sentence conditions. Typically, on the first alleged breach, you will be sent a warning letter saying that you appear to be in breach of your conditions and that you must do certain things (which may vary depending on the offence) to comply with them again.

If there are repeat breaches, (if you continue not to show up to complete your unpaid work, for example) then you are likely to be taken back to court to face further proceedings to decide whether you were in breach, and what your new punishment will be.

If you have a genuine reason for needing to miss your community service, (for example, illness that prevents you from completing the work) then you must arrange an alternative date with your probation officer as soon as possible, and in any case before the work is due to be completed.

If you have been sent a letter or ordered back to court but believe that you are not in breach of your conditions, you will be given an opportunity to argue your case in a court hearing before any further court proceedings are commenced.

What is the point of a suspended sentence?

If the whole point of sentencing someone is to punish them for what they have done, then it seems counterintuitive that a suspended sentence – one where you don’t actually serve the time in prison that you have been given – should be given at all. But being given a suspended sentence is not something to be taken lightly, and it still represents a punishment in many ways, especially considering the harsh restrictions that may be placed on the offender for up to two years.

For many people, suspended sentences do serve as a very good warning. It is the last opportunity that the person has to correct their behaviour and comply with the conditions set by the court, else they would be sent to prison. This is an effective deterrent to criminal behaviour for many people, especially some younger people who may not have had any experience with the criminal justice system before.

For the most part, it will be up to the judge to decide whether a suspended sentence is appropriate for the particular offender, and they will take into account all factors of the offence committed as well as character references and other information about the offender. If there is a significant risk that the offender will reoffend or could prove a harm to themselves or other people, a judge will not suspend a sentence in the interests of public safety.

Where next for help with a suspended sentence?

To find out more about what a suspended sentence means in your particular case, and for more information about the criminal justice process as it applies to your situation, get in touch with the expert criminal defence solicitors at Stuart Miller Solicitors. Our team has many years of experience managing cases involving suspended sentences and will be able to put your mind at ease about what is likely to happen. Contact us today to arrange your free consultation. 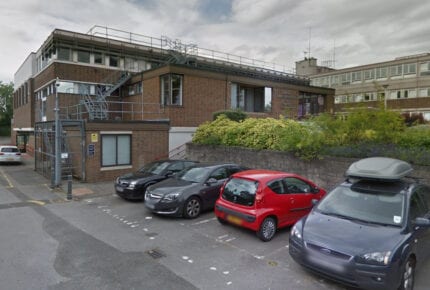 A Guide to Romford Magistrates’ Court