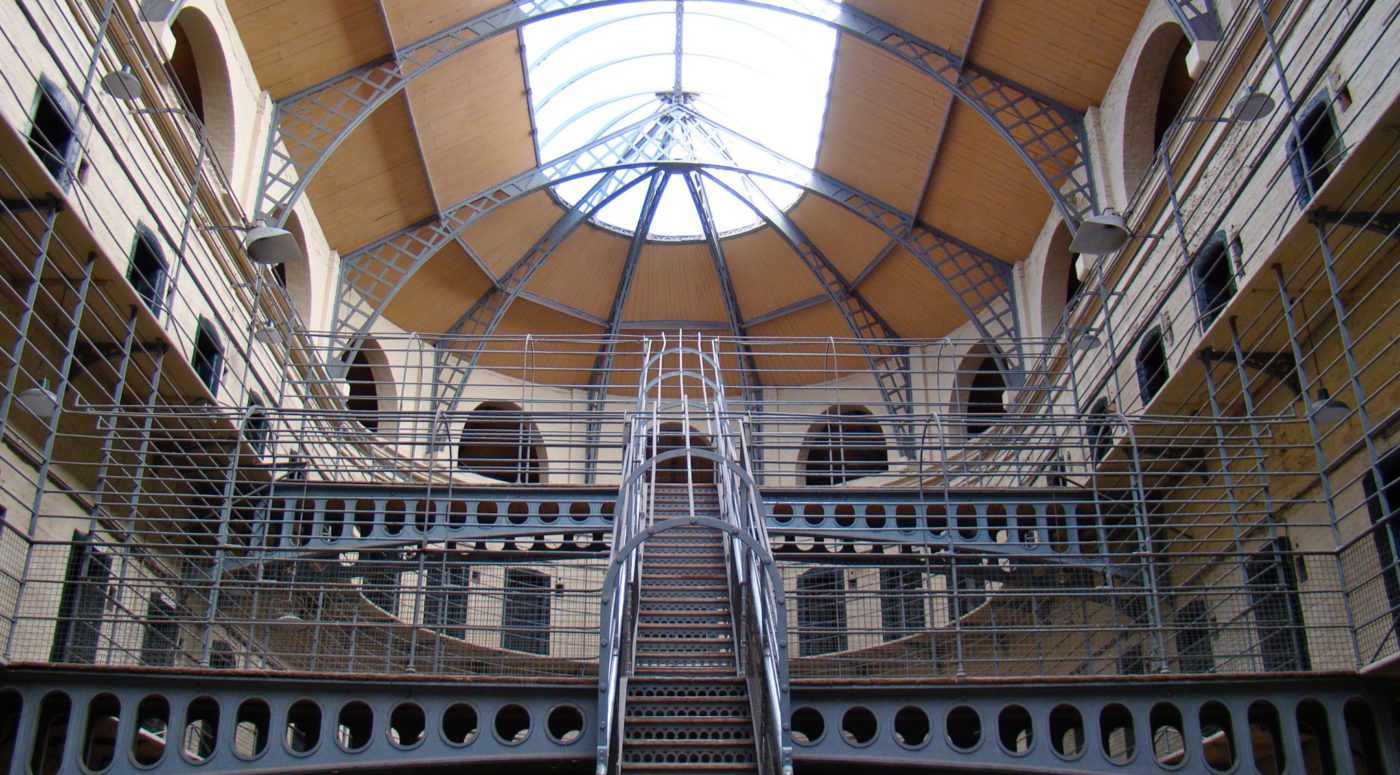 Obtaining money by deception was an offence under the Theft Act 1968 and Theft Act 1978, which were repealed and replaced by the Fraud Act 2006. The Fraud Act came into force on 15 January 2007. The offence of fraud covers most of the same situations as obtaining money by deception, plus others. It is drafted widely in order to cover financial crimes of the modern era, such as cybercrime. The purpose of the Fraud Act is to update and simplify the law surrounding deception offences. The government was advised to do this following a report published by the Law Commission.

The Fraud Act 2006 sets out different forms of fraud including fraud by false representation, fraud by failing to disclose information, and fraud by abuse of a position of authority. According to the CPS, fraud is now the most commonly experienced crime in England and Wales, with an estimated 3.4 million incidents in 2016/2017. The possible sentence for these different types of fraud varies widely depending on the seriousness of the offence. A key consideration is the value of the fraud in question, but the court will also take into account the impact upon the victim and the role of the offender in the crime. The maximum sentence for fraud is a 10 year custodial sentence. However, this is reserved for the most serious cases of high value fraud.

Is deception a criminal offence in the UK?

The term deception is no longer used in the criminal law of England and Wales but deception offences are covered by the Fraud Act 2006. The Fraud Act criminalises deception but only where the defendant acted dishonestly and intended to make a gain for themselves or another, or cause an actual or risk of loss to another. For example, say a painting is sold for £5 million on the basis that it is an original by Vincent Van Gogh, but it is actually a replica. That would be fraud by false representation. However, say the painting was given as a gift to a prestigious institution, and the donor told them it was a Van Gogh painting, whereas in fact the donor was aware it was a replica. If there is no evidence that the donor intended to gain for himself or another, or cause another person loss, then the elements of fraud would not be made out.

A key feature in fraud cases is that the defendant must have acted dishonestly. Therefore, by its nature, fraud frequently involves deception. For example, under Section 2 of the Fraud Act 2006, fraud by false representation, a defendant must make a representation that they know or have reason to believe is false. This includes sending phishing emails to large groups of people falsely pretending that the email has been sent by a legitimate financial institution. Such emails ask the owner of the email address to provide their financial information, thereby allowing the fraudster to access their bank account or other assets.

‘Boiler room fraud’ is another example of fraud that involves deception. It refers to fraud committed via distance selling, telemarketing, and telesales. For example, victims being sold products or investments over the telephone, where the product the victim receives is valueless or different to what was promised to them. In such a case, there may be a number of different defendants, from the call centre employee to the person who concocted the scheme. The level of culpability among these individuals will probably vary, which could lead to them receiving different sentences.

How does the court define ‘dishonesty’ in fraud cases?

Over the years, there have been some important court cases that have helped define the term ‘dishonesty’ and how it should be applied in fraud cases. As of 2017, the test for dishonesty involves two stages, one subjective and the other objective. Firstly, the court must examine the defendant’s understanding of the facts at the time of the offence. Secondly, the court must consider whether, by the objective standards of ordinary decent people, the defendant’s conduct was dishonest. This means that it is not enough to prove that you did not believe your conduct was dishonest, the court will also look at whether that belief was reasonable in the circumstances. Say for example you sell a car stating it had never been involved in a collision, whereas in fact, this is not the case and you are aware that the car was in a collision the previous year. You could claim that you did not believe you were acting dishonestly; the court would evaluate your claim, and would then decide whether ordinary decent people would believe that your conduct was dishonest.

How does fraud differ from embezzlement?

It may sometimes be difficult to distinguish between fraud and embezzlement. Embezzlement occurs when someone who was entrusted to manage someone else’s money or property steals all or part of that money. Embezzlement was previously a criminal offence under the Larceny Act 1916, which has now been repealed. Nowadays, embezzlement is not a standalone offence, but is included under the auspices of ‘handling’ offences under the Theft Act 1968.

The sentence that you will receive if you are convicted of fraud depends on the value of the fraud, its impact on the victim, and your role in committing the offence. Using these three factors, the court will come up with a starting point for your sentence. This can then be increased or reduced based on aggravating or mitigating factors.

The following examples are based on guidance from the Sentencing Council. These examples are intended to highlight the different types of sentences the criminal courts could impose in fraud cases.

A woman with no previous convictions is convicted of fraud by false representation on the basis of her involvement in a telesales ‘boiler room fraud.’ The fraud related to sales of time-share apartments valued at £50,000 to pensioners via cold-calling. She does not have any previous convictions, and took the role believing it to be a legitimate call centre job. She was not initially aware that the claims that she was making to clients over the telephone were false. However, she did become aware of the fraudulent nature of the activities after her boss encouraged her to make outlandish false claims to customers in order to get them to ‘bite’, and promised her extra commission. She managed to sell one apartment in this way. In this case the value of the fraud would place it in Category 3 (fraud valued between £20,000 to £100,000). The call-centre operator would probably be considered to have low culpability, as she was not the mastermind behind the fraud, was only receiving a minimum wage salary with minimal commission as a reward for her input into the crime. Therefore, the starting point for her sentence would be 18 months’ custody. However, if she could show the court that there were mitigating factors in her case, such as the fact that she could not afford to lose the job as she needed to support her children, the sentence could be reduced to a medium level community order.

Here is another example, this time of a person with a more significant role in a fraud case. This defendant has been convicted of fraud by abuse of position. The defendant is the director of an accountancy firm. The director has defrauded his clients by charging them a fee for storing their money in the firm’s account, and by taking the interest gained on their money. He instructs his subordinates to do the same. He embezzled funds over a period of five years in the knowledge that his behaviour is unlawful. The total value of the fraud is £700,000. This would place the fraud in Category 1 of the sentencing guidelines (£500,000 or more). The defendant has a leading role in the fraud and he has encouraged his employees to collude with him. Therefore, his culpability will be considered to be high. This would mean that the starting point for the sentence would most likely be 7 years’ custody. If the defendant made an early guilty plea, and other mitigating factors apply, his sentence could be reduced to the lower end of the range, 5 years’ custody.

If you have been charged with fraud, look no further than Stuart Miller Solicitors. Our criminal defence solicitors are experienced in representing defendants in fraud cases from minor cases in the Magistrates’ Court to complex trials spanning several weeks in the Crown Court. Contact us for a no-obligation consultation today. 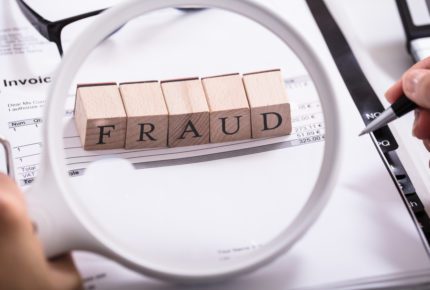 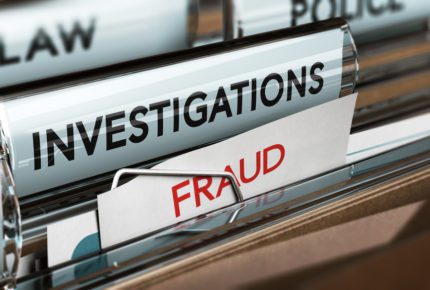 What happens during a benefit fraud investigation process?