The UK has relatively extensive driving licence testing requirements, and for good reason. Poorly educated and inexperienced drivers are a hazard not only to themselves, but also to other drivers on the road, pedestrians, and property owners. It is imperative that drivers of any age have the appropriate licence for the vehicle they intend to drive. If you have been caught driving with no licence and you are now facing criminal prosecution, you are probably wondering what will happen next and are keen to understand what the offence is, what sentence you will face if you are found guilty, and what factors go into a judge’s decision on punishment. We give answers to these key questions and more in this article, as well as providing more information on how to find an experienced motoring offences defence lawyer.

What is a driving with no licence offence?

As an example, if you passed your driving test after 1 January 1997 and were given a standard Class B licence, you are entitled to drive vehicles up to 3,500kg MAM with up to 8 passenger seats (with a trailer up to 750kg). This does not entitle you to drive, let’s say, a heavier vehicle that would be classed under C1 (such as a large cargo van). If you were caught driving such a vehicle, you would be prosecuted for driving with no licence even though you held a regular car licence.

Note that driving without a licence is not the same as driving whilst disqualified. These are separate offences that are dealt with differently by the courts and that have different consequences should you be found guilty.

What happens if I drive while my licence is expired?

As such, if you are found driving with an expired licence you could face the same penalties as someone driving without a licence altogether.

What happens when you are caught driving with no licence?

Driving with no licence offences can only be committed while the alleged offender is driving a vehicle, of course, which means that the likely scenario is that you are pulled over at the side of the road and questioned by the police on your licence status. It might be the case that the police saw you and decided to run a check on your number plate (perhaps you were driving erratically, were nearly involved in an accident, or indeed were involved in an accident) or it may be the case that an Automatic Number Plate Recognition (ANPR) camera ran a check against your car automatically when you drove past one, and then alerted a nearby police officer to the fact that you didn’t have a valid licence.

In either case, the police officer is likely to ask you some questions about why you are driving and why you appear to be driving without a licence. In cases where you have had a licence previously, the officer may ask you about why that licence expired or was taken off you and how long your disqualification is for.

The next likely thing to happen is that you will be taken to the police station for further questioning, and to process your arrest, if applicable. The officers will give you an opportunity to call someone to let them know what has happened (and to arrange childcare or some other form of help for vulnerable people in your care, if required) and then they will proceed to collect your information and ask you some questions.

Typically, the police will require your name, address, date of birth, and any other information relevant to the alleged offence (such as your driver’s licence number, if appropriate). Thereafter, they may also take a DNA sample and some photographs. It is likely you will be searched to ensure you do not have any prohibited items in your possession (such as weapons or drugs) that could endanger yourself or others.

Once you are processed, the police will ask you questions in an interview room. You are entitled to have a solicitor present with you. You can either elect to have the duty solicitor assist you, or you can opt to call your own solicitor (note that Stuart Miller Solicitors have someone available 24/7 to help you at any London police station).

After that, it is likely you will be released under investigation (similar to being ‘on bail’) and you can await your court date at home. If the police think you are a risk to yourself or others, they may decide to detain you in custody until your court date.

What is the driving with no licence sentence?

If you are caught driving with no licence, you could face a fine of £1,000 maximum and 6 penalty points on your licence. Judges may also impose a lesser fine or 3 points on your licence, if they deem it appropriate given your personal circumstances and the circumstances surrounding the offence. It is also possible that the judge gives you a driving ban, which will apply from the date that you do actually obtain a valid licence.

In cases of repeat offenders, the police have the power to cease and even destroy your car. If they decide to take this course of action, there is very little – if anything at all – you can do to prevent this from happening.

What factors go into a judge’s sentencing decision?

Judges take numerous factors into account when deciding what sentence to give someone. There are some factors that make your sentence harsher (‘aggravating’ factors) and some that make it lighter (‘mitigating’ factors).

On the other hand, mitigating factors include:

If you hold a foreign licence (defined as any non UK, non Jersey, or non European Economic Area country licence) then you may drive any type of small vehicle (for example, a car or a motorcycle) that is listed on your full and valid foreign licence for 12 months from when you last entered Great Britain (thus this excludes Northern Ireland).

If you drive a car after that 12 month mark, you will be considered to be driving without a licence and accordingly will face the same legal consequences as described above. The only way to drive legally after that time frame is to secure a UK driving licence.

If you have been charged with driving with no licence and you are now facing criminal proceedings, get an experienced motoring defence lawyer on your side as soon as possible. In addition to guiding you through the process, your legal representation can help you in mounting a robust defence, which, if successful, could result in your case being dropped, your sentence being reduced, or you not being found guilty at all. Contact the team at Stuart Miller Solicitors today to arrange a friendly, no obligation consultation. 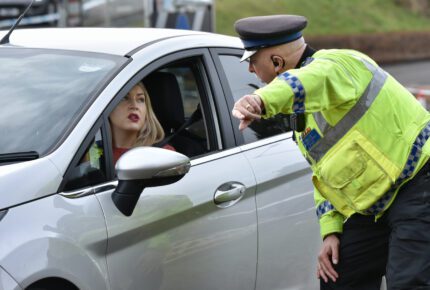 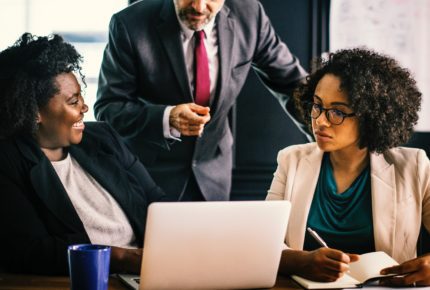