Can Police press charges without the victim’s consent in the UK?

It is a common occurrence for a victim to report a crime in a moment of stress and high tempers, which they later decide that they do not want to proceed with. What happens in circumstances where the victim no longer wishes to support a prosecution? Can the police continue with the case regardless? This is a question that we get asked frequently.

The answer is yes, but with a caveat. The police do not require the victim’s consent to press charges. However, if the victim is no longer willing to give evidence, the CPS can run into difficulties during the prosecution if the alleged victim becomes what is known as a ‘hostile witness’. This means that although the alleged victim can be compelled to attend court to give evidence, they may choose to answer the prosecutor’s questions in a way that is unhelpful to the CPS’ case. A hostile witness is likely to be viewed as an opportunity by the defence team, who may seek to use cross-examination of them as an opportunity to undermine the Crown’s case. For example, if the witness and the perpetrator have reconciled following the incident, the defence team will draw the court’s attention to this.

Can the police arrest me if the victim does not want to press charges?

Even if the alleged victim does not want to press charges, the police may still decide to execute an arrest. The opinion of the victim is not an explicitly stated factor to be taken into consideration when a police officer decides whether to arrest a suspect. Instead, the officer must have regard to the legal test for arrest set out at Section 24 of the Police and Criminal Evidence Act 1984 (PACE). In order to arrest a suspect the police officer must have knowledge or reasonable grounds for suspicion that

Whilst this test does not state the views of the alleged victim as being relevant, it is possible that the views of the victim could come into the officer’s perception of whether the arrest is necessary.

PACE sets out a list of reasons why an arrest could be necessary. These include: to enable the prompt and effective investigation of the offence; to prevent the suspect harming themselves or another person, and to protect a child or vulnerable person.

The officer will take the victim’s perception of the risk that they face into account. However, on some occasions, the officer may feel that the alleged victim is at risk of further harm, even if the alleged victim themselves does not share that view. Where the parties are cohabiting, the officer may decide to arrest the perpetrator in order to interview them before the perpetrator has had an opportunity to speak to the victim, in order to prevent interference with the evidence. Another reason for arrest may be to separate the parties, to give them a chance to cool off. When the decision to arrest is made, the police officer should not ask the alleged victim’s permission to arrest the offender, nor should they insist on a statement from the victim, though one will need to be provided in due course.

In domestic violence scenarios, it is very common for the alleged victim to seek to withdraw their case after giving a statement to the police. This can happen for a multitude of reasons including fear of reprisals, concern for the safety of their children and other family members, and the financial implications of a family member possibly being arrested, if they are also the breadwinner. An alleged victim may also be fearful of facing the alleged perpetrator in court.

Increasingly, the police and CPS have become aware of these dynamics and, accordingly, their policy framework highlights the need to build a case using alternative sources of evidence, and not just the testimony of the alleged victim. This can include testimony from third parties such as neighbours, other family members, and support organisations. It could also include police observations at the scene, body worn camera footage and medical evidence. Expanding the possible sources of evidence lessens the pressure upon the alleged victim, and can make it possible for the defendant to be convicted even in the absence of the alleged victim’s evidence.

However, the reality remains that in most domestic violence trials, the evidence of the victim is likely to be crucial. Therefore, if the victim is no longer willing to give evidence, this could pose real difficulties to the prosecution’s case. Whilst the police can press charges without the alleged victim’s consent, in many cases it will be difficult to secure a conviction without their cooperation.

Can someone press charges on you without you knowing?

The police are obliged to notify you if you have been charged, by giving you a charge sheet. The charge sheet will set out the details of the crime that you have been charged with. That said, the police are not obliged to reveal the evidence that led them to reach the positive charging decision. Of course, depending on the circumstances, it may be obvious who has made the complaint. In situations where it is less clear, if you plead not guilty, you will gain a better understanding of the prosecution’s case when you receive disclosure from the CPS of all the evidence that they intend to rely upon at court. This will include the initial statement made by the alleged victim.

At the trial, if the CPS want to rely upon the alleged victim’s evidence, they will have to call them as a witness. Your defence team will have the opportunity to cross-examine all of the prosecution’s witnesses. This means that they will be able to ask questions of the alleged victim in respect of gaps or inconsistencies in their story. For example, if the witness told the police one version of events, and their family member a different version of events, your representative will be able to highlight the differences in the two accounts. In addition, you will be able to call any witnesses who have evidence which supports your case.

What is Clare’s Law in the UK?

Clare’s Law is another name for the Domestic Violence Disclosure Scheme. It is named after Clare Wood, a 36 year old woman who was murdered by her ex-boyfriend George Appleton in 2009. She was strangled and set on fire by Appleton, who had a history of violence against women. Wood’s father, Michael Brown, campaigned for law reform to make it easier for victims and their family members to obtain information about a person’s history of violence. The disclosure scheme aims to prevent the recurrence of similar events, by enabling the police to provide information to a victim or potential victim of domestic abuse, about their partner or ex-partner’s history of violence abuse. There are two key rights under the scheme: the ‘right to ask’, and the ‘right to know’. The ‘right to ask’ enables an individual or someone acting on their behalf, such a family member, to contact the police to check whether their current partner has a violent or abusive past.

The police will not always disclose information about the partner’s record, but they may do so where they perceive that an individual may be at risk. Alternatively, the police may decide to provide disclosure to an individual without being asked, if they receive information that may impact on the safety of that person’s partner or ex-partner.

For example, say a young mother with a 2 year old child becomes involved with a new boyfriend. If the police receive information about the boyfriend being abusive to previous partners and their children, the police may decide to notify the woman. Case decisions by the courts and human rights law mean that the police are only permitted to make the disclosure if it is reasonable and proportionate, and based on a credible risk of violence. Between 2017-2019, the numbers of disclosures made under Clare’s law doubled.

If you have been arrested or charged with a domestic violence related offence, you are probably going through a stressful and difficult time. In addition to the imminent court proceedings, you may be facing tensions within your household, and feeling apprehensive in respect of what is to come. At Stuart Miller Solicitors, whilst we acknowledge that standing in the dock is never easy, we will do everything we can to ease the stress that you are facing. From our team, you can expect high quality legal representation and a professional attitude to every aspect of our work. Contact us for a no-obligation consultation today.

What happens in a police strip search in England and Wales? 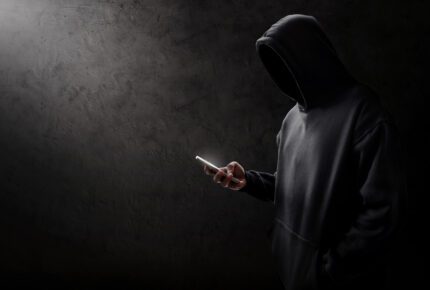